I was impressed at the catch and release ethics of Alice in Chains. All of the band was very keen on quick release, handling, and respect for the very special apex predators we were fishing. I also strongly advised Jerry Cantrell NOT to hold the musky as he had a big show the next day in Ottawa and gill raker scrapes, cuts, and deep gashes are just part of the game. He wouldn’t have any of it and was right in there on the handling and release. Tres cool! 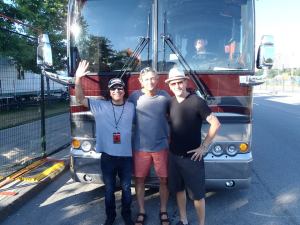 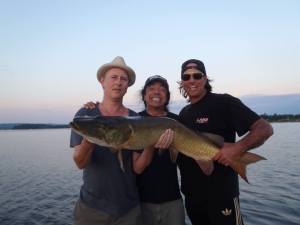