Gail has been showing up here for years to chase muskies with me and he has lots of big ones but they are just shy of 50. Last year he brought up his brother-in-law Pat for the first time. Pat had never caught a musky casting before and his first one on his first day on his first spot ever on the Ottawa was 51 1/2 inches. I can still see Pat with his rod bent under the boat on one side while the fish did cartwheels out the other side of the boat. It was an adventure.

This year he did it again. Pat has caught four muskies casting in his life and two of them are over 50. This time it was a 50.5. Pat declared it was the best fish fight in his life too.

Notice the Pittsburgh Penguins jacket Pat is sporting. I would like to say that I was moved last week when in an NHL game between Pittsburgh and Philly, the Canadian National Anthem was sung to support Ottawa and Canada in what was a hellish week for my city. If you know Ottawa you know it is a classy, safe, and beautiful city where anyone can walk anywhere without fear. Our world has changed here forever. 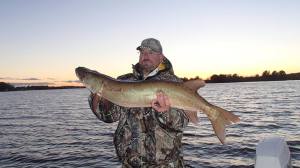 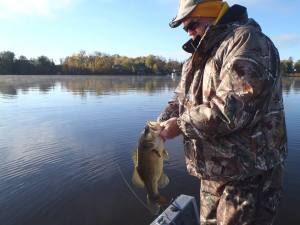 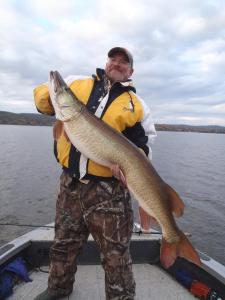 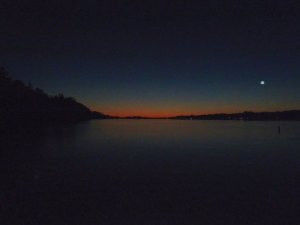 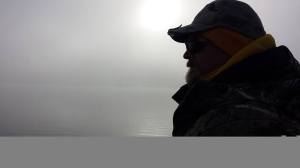 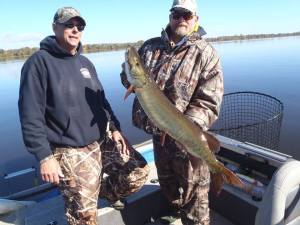 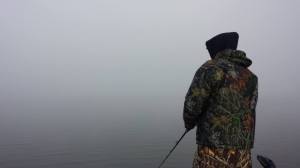 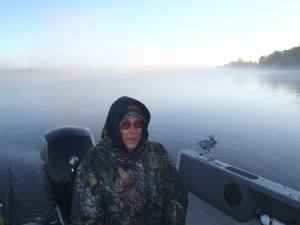 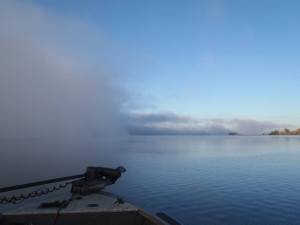