Last summer I caught Musky John on film in the funniest video I have ever filmed.

Musky Jack is Musky John’s father-in-law. Jack only likes to troll and John only likes to cast. When Jack had heart issues in my boat we called the paramedics and they met us at the dock. Here is what ensued:

When I shot that video it placed me at a moral crossroad. I wasn’t sure we had done the right thing going back out, but after John caught the big musky casting in the dark that night, it was clear we had made the right choice. Jack survived and had a good night’s sleep at Hawkesbury General.

This clip went viral overnight and John’s normally very understanding wife Colleen was one of the viewers. I believe it was at the moment when John interrupted Colleen’s lecture and said if she was a musky fisherman she would understand exactly why we went back out on the water. I do, John does, other musky guys get it, but apparently the rest of the world thinks differently. Who knew….. With Jack’s heart issues and John’s apparent inability to do the right thing under the influence of muskellunge it seemed like our 10 year run was over.

Many teaser pics and letters were sent this season to entice the boys back out on the water. I even lied to Jack and told him how I had decked out my Crestliner Raptor to be the baddest trolling machine on the planet with the addition of a lazy boy, a big screen, a wet bar, and a remote control awning so Jack could shade himself from the sun. My boat will always be a casting machine first but it worked and Jack’s back baby!

I have Evan Williams head this morning as I write this. There is always residual alcohol in my system after Musky John leaves because the wild man lives big. We are kindred spirits in many ways and I have even partially adopted his life motto; ‘as much as I can as fast as I can’. His why wait, just go and do it attitude and energy is the kind of energy that makes life fun.

Some traditions should last forever After the fun, the fish, and the friendship of this trip we were all reminded of how special hunting with friends is and vowed to do this for another decade.

Thank you Jack and thank you John for a decade of wonderfulness. Can’t wait to do the TPC this spring! 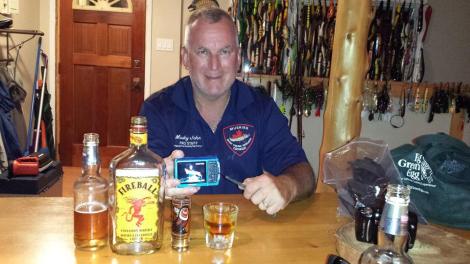 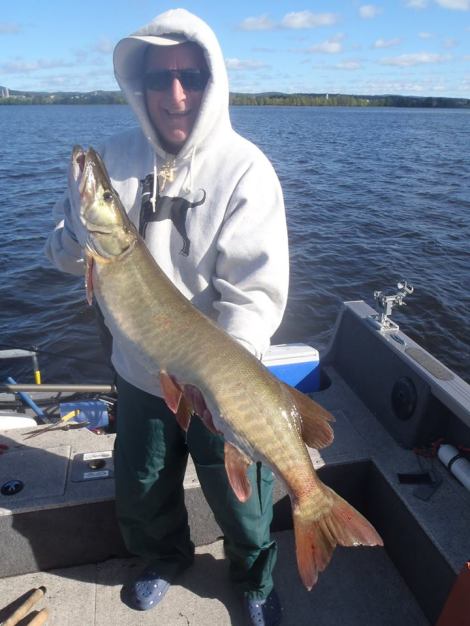 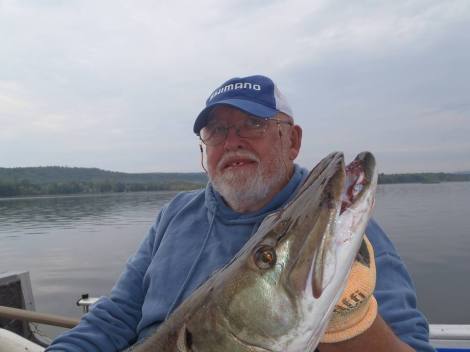 ps Special thanks to Colleen for trusting me with your men one more time.
—
John M. Anderson
www.OttawaRiverMuskyFactory.com
We produce BIG fish!!