This post is a prelude to the Musky Boys videos we shot a few weeks ago. They are due out this week and we will have both of them on here in a day or two.

In case you are somehow not yet familiar with The Musky Boys they are Christian Zimmer and Fed Bowen. These are serious fishing guys who spent 75 to 90 days consecutively guiding trophy lakers, pike, and eyes in Northern Saskatchewan and Manitoba in the summer, fly back home, and come straight from the airport to the Ottawa River Musky Factory to get there musky fix. There is only one fish that counts and it is called a muskellunge!

The three days we spent out on the water in August produces some nifty footage of boat side strikes, top water hits, big fish, and awesome action.

In the meantime enjoy the awesome pics of Christian, Fred, and Jon Hathaway from J and H baits. Jon makes some of the coolest blades on the planet and combines both mariboo and flash together to create something unique and special to feed big fish. 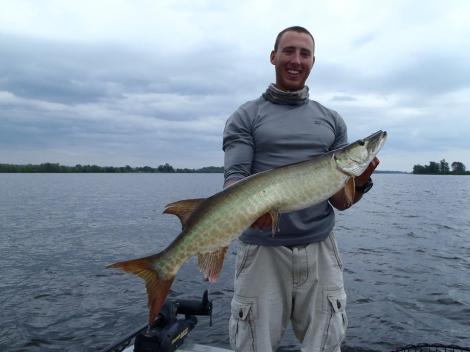 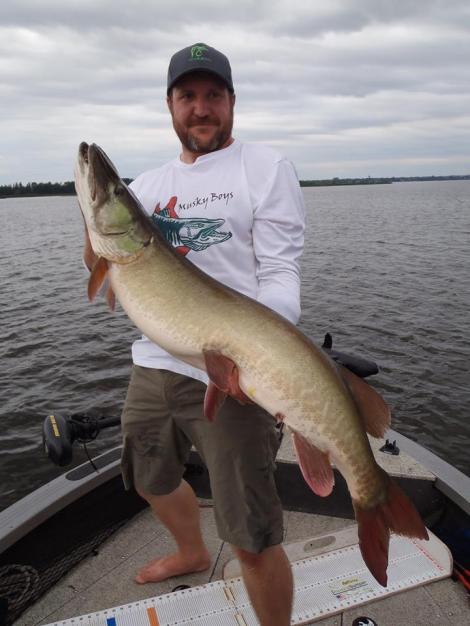 Thanks guys for a terrific time as usual and can’t wait to see your latest work.

Oh, and if this Musky Boys video isn’t enough for you, Fred just released a 54 x 24.25 that he got on film this week. You will be able to find that on their youtube channel shortly as well.