It’s funny how things swing full circle in life sometimes. Fashions are hot, then they’re not, then they come back. Same same in fishing.

New baits work on pressured fish because they are not familiar with the signature of the bait – the vibration, sound, and appearance combination of the lure. Then they get used to it, get caught on it, and/or see it too much and they learn it is something to be avoided.

Two of the hottest big fish baits in the entire 2015 musky world are made here in Ottawa and have been around for decades. Rob Dey spinnerbaits and River Rat spinnerbaits made by Sam Hill and created by Eddie Lalonde.

These baits have produced more big muskies on the Ottawa River than any other baits. They were THE go to bait in the 80’s and 90s for shallow high speed trolling and casting into the weeds. With the explosion of new options available and fish getting used to them they became secondary but still go to baits.

Interestingly people in the know were busy catching giant muskies on other waters like Georgian Bay and the St. Lawrence on these baits and keeping it all to themselves.

This past year the cat got out of the bag; Rob Deys and River Rats were two of the best big fish baits in the world last year. And not just on weeds or short lining baits. In clear deep water devoid of significant structure. Both Rob and Sam have designed bigger and bigger spinnerbaits in recent years and anglers who use them are reaping the rewards. Big headed triples rule the big musky waters and there are some serious fish pictures that will be released this winter of some of the Goliaths these baits are producing.

Rob Dey and River Rat spinnerbaits. They do more and catch more than you know and if you don’t have them in your boat you’re missing out on something special. 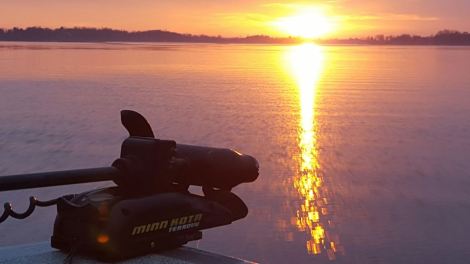